These frescos were realized in the period of two years, July, 2004 and July, 2005 respectively, in an alone morning day in the context of the summer courses of the Universitat de Lleida and in view of the audience.

The first studies of the murals were corresponding to the search of a few forms linked to the Romanesque painting, where the geometry of the architecture had continuity in the composition of the painting.

On the other hand, a few symbolic elements were looked for: landscape, man, nature ... finishing finally in an interpretation of four elements, very present in the medieval period.

In the mural realized in the year 2005, of equal dimensions that the previous one, the artist realized an interpretation of the landscape of the Vall de Boí and its ways. 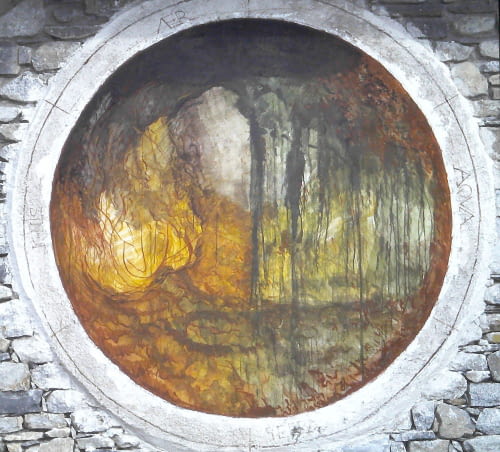 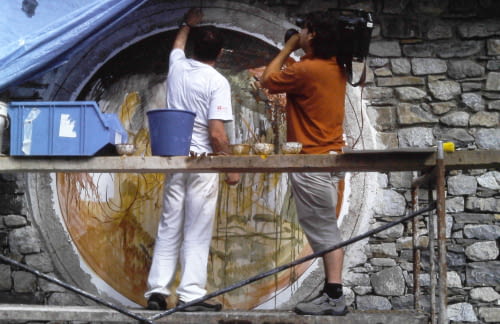 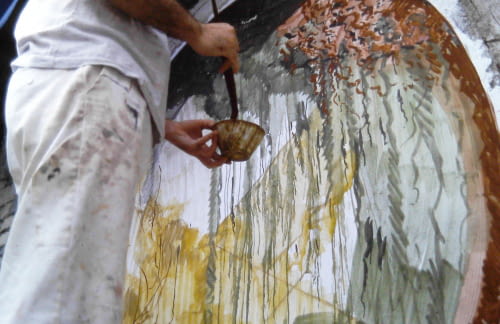 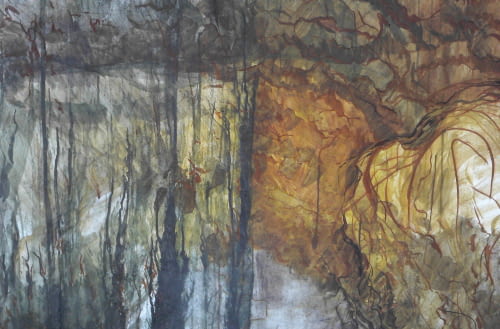 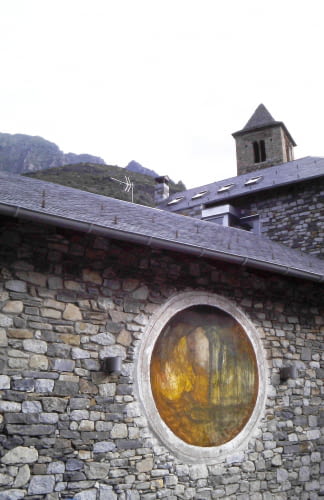