The theme goes round the history of medicine and it has allowed to establish some relationships between art and science. The ceiling is divided into four parts which correspond to the medieval conception of the four elements: earth, water, fire and air. At the same time it reflects the commemoration of the 700 anniversary of the University of Lleida, since the interpretation of the four elements is done from the Regiment de preservació a epidímia e pestilència e mortaldats, which is the first scientific record in catalan. His author is Jaume d’Agramunt, master of Medicine in Lleida in the fourteenth century.

The vertical walls represent a  series of images linked to the history of medicine: magic and mystery of medicine, the classical world, Black Death, anatomical theatre and the direct observation of the human body, the hands of the doctors, war as a chaos, the scientific medicine, the ecological unbalance, the doctor and the patient, and medicine and thought. 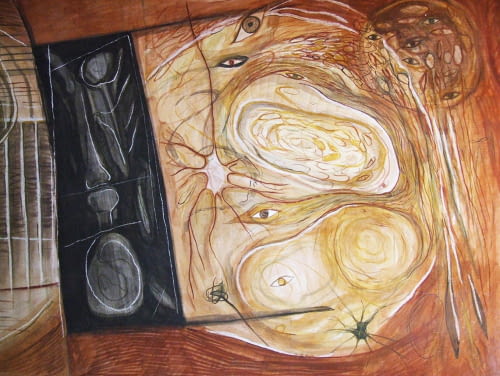 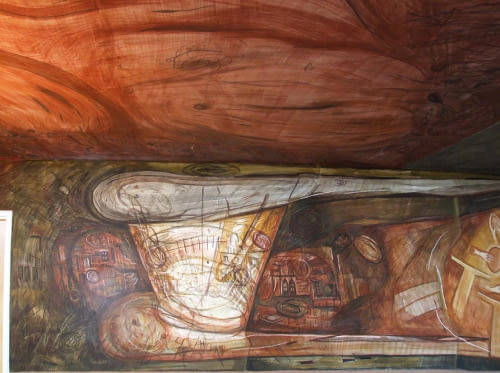 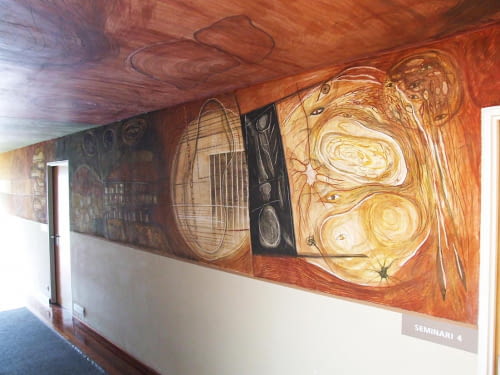 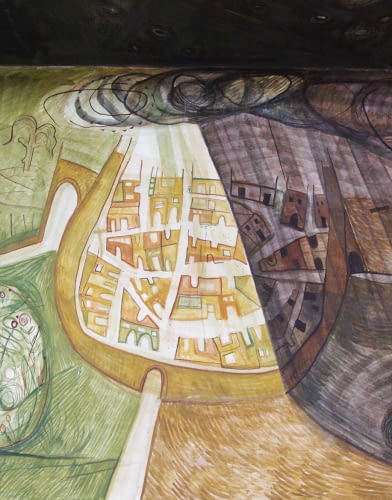 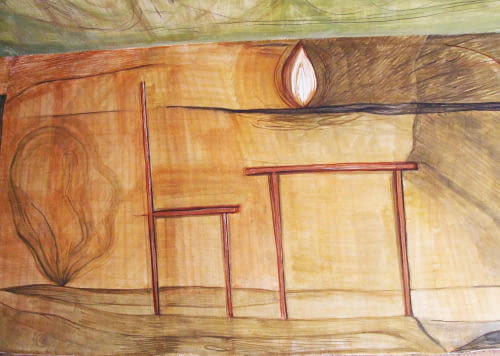 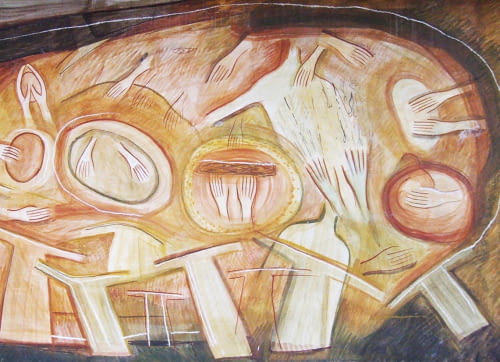 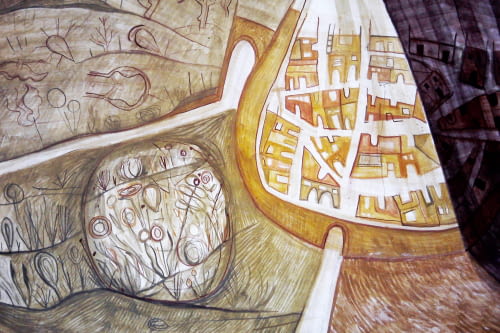 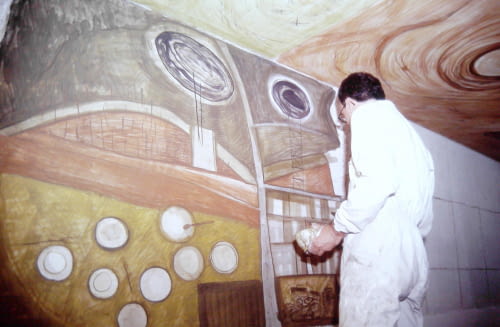 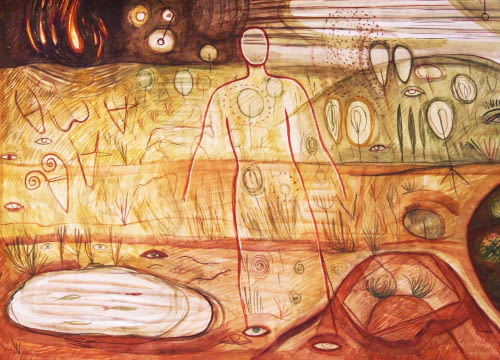 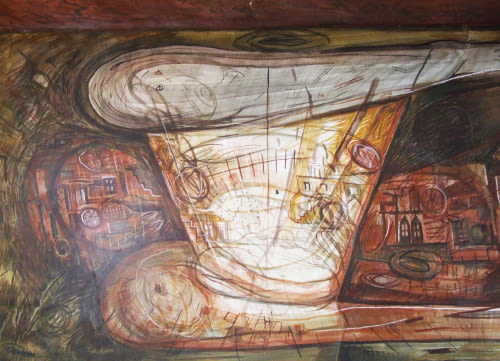 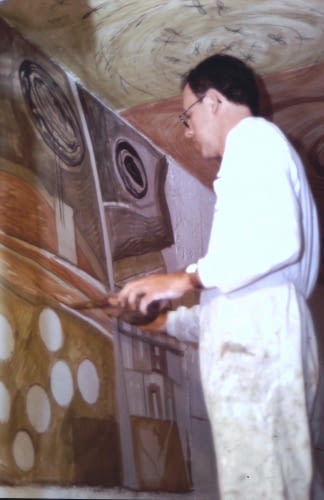 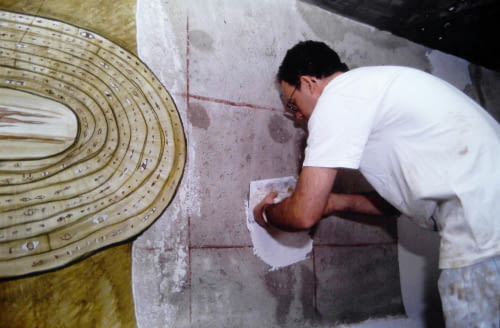