The hall had a fresco by Josep Minguell, painted in 2002. Due to a spatial reform it was deemed appropriate to extract and preserve the mural painting and to paint a new version in the new space. The new version is like a new interpretation of the same composition, as is the case in the world of music. The new version was carried out fresco in December 2010. 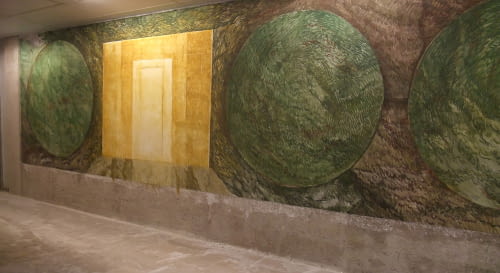 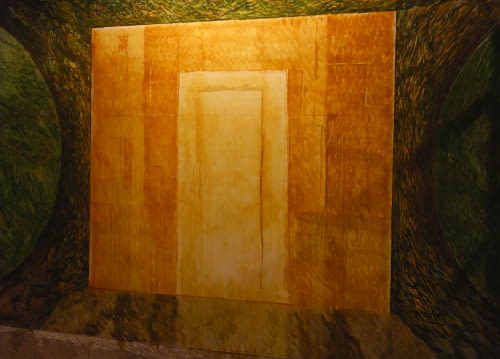 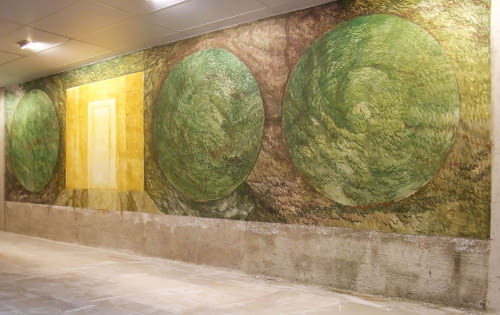 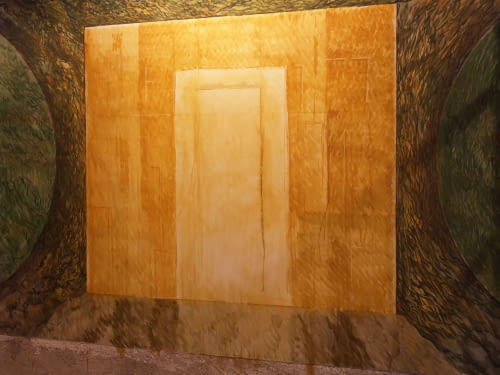 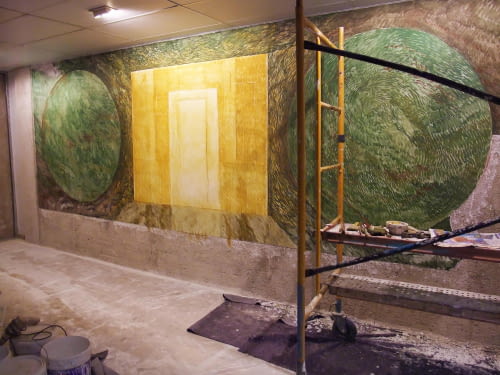 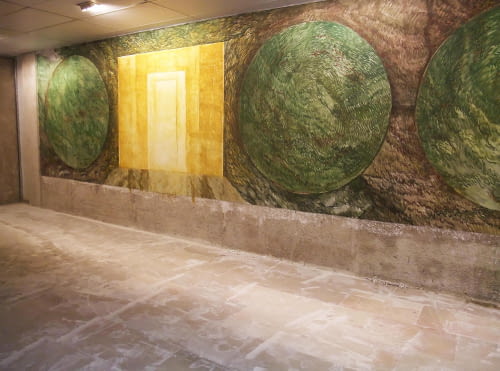