To paint the mural in l’Espluga Calba I was proposed the theme: The Beatitudes and it demanded a long process of studying in depth the symbols which represent them.

After the study of the symbolic tradition, I decided to create an extensive scenography: in the wall at the back of the nave, a hill (location of the Sermon on the Mount, Preaching of the Beatitudes) is the starting point of a wide landscape which spreads over the lateral walls. Some perpendicular paths symbolize the Beatitudes. The spectator of the pictures will become the protagonist of this scene of symbols.

The altar follows the iconographic tradition of the Revelations with the representation of the New Jerusalem, materialized in the village of l’Espluga Calba.

The ceiling connect both themes with symbols of the inexpressible, light and fire, paths and water fountain.

The light and the colours of the landscape of les Garrigues are the resources which form all the composition. 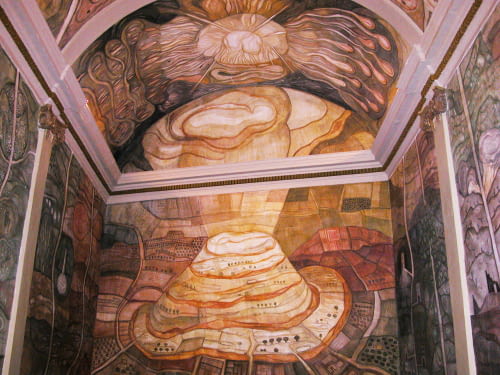 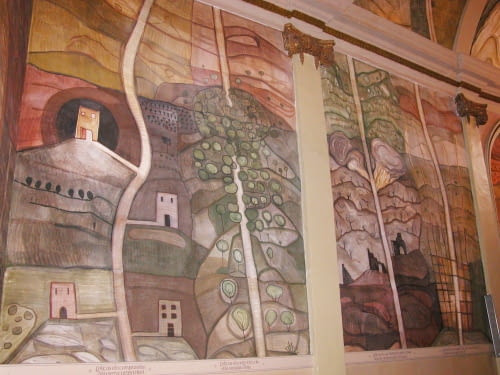 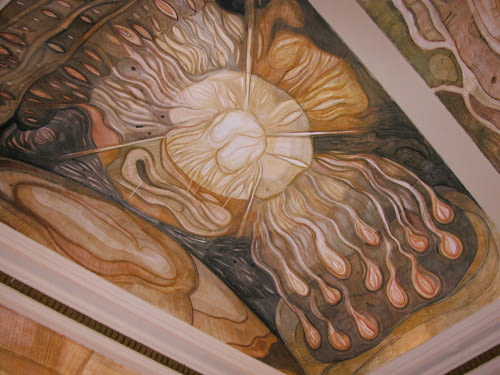 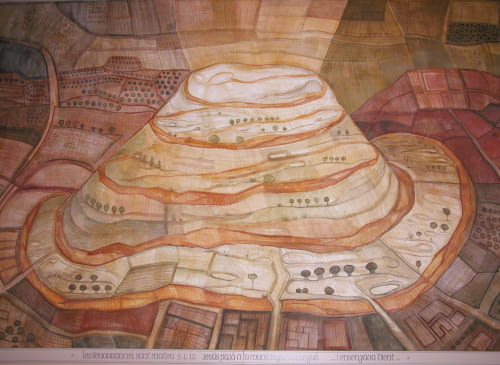 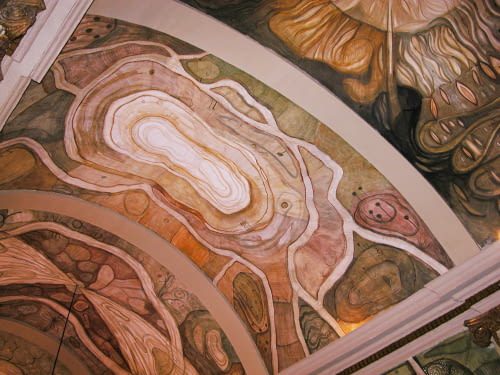 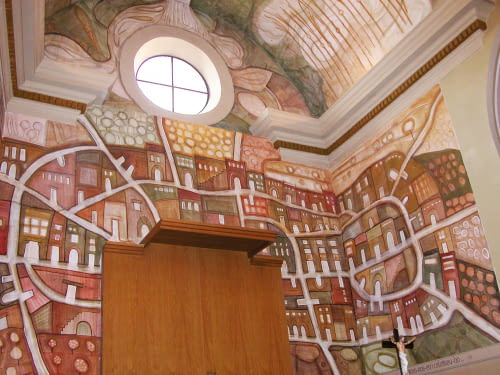 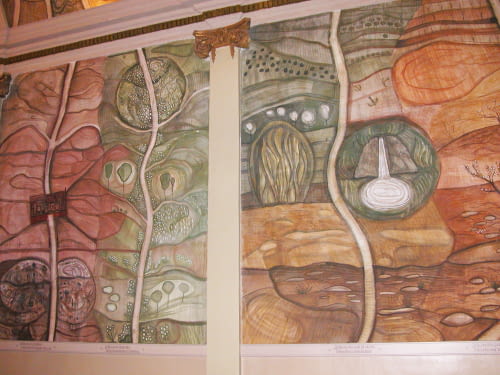