The theme of this group of frescoes is the THEATRE. The ceiling insists on an argument it has defended before: the settling of the arts, the memory that tradition and history connects with the present time and with creativity. This idea is illustrated with some ladders which relate consciousness with unconsciousness  and the inside with the outside.

The lateral walls, situated one opposite the other, and with a similar shape, offer a dialogue between the audience and the scene. The wall dedicated to the audience is an endless display of eyes, eager looks, which substitute the physical presence of the figures. The eyes symbolize the audience, with a rhythmic harmony accompanied by seats outlined through their silhouettes, which make up for their sinuosity. Opposite there is the scene, a large opening of light where two passions meet, the one of the artist, depicted like a mirror of reality or inner light, and the one of creation. The last passion appears transfigured into an evolutionary cloud which condenses the different faces of art.

The first wall is the most visible when you go into the foyer, and the audience sees it in front of them when they get in. Minguell has depicted the muses, all of them symbolized through white footprints, again without the presence of figures, and they become more ethereal and mythological. The opposite wall, with a smaller area because of the framework of the windproof door, represents the city of Tàrrega and the idea of the street theatre, in which every square of public space receives a scenography or an eager seat of performance. 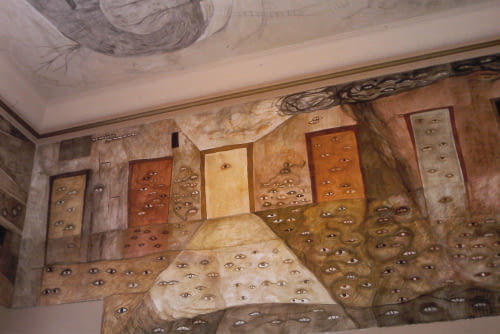 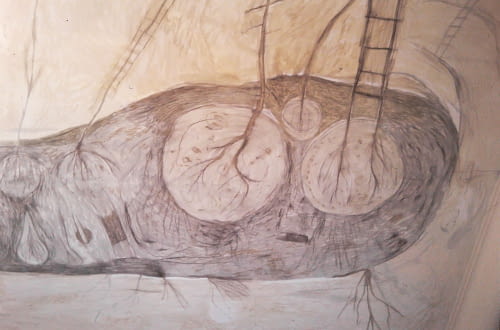 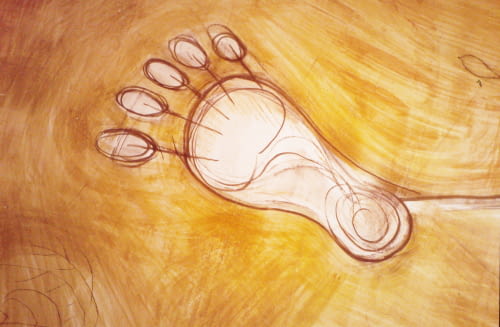 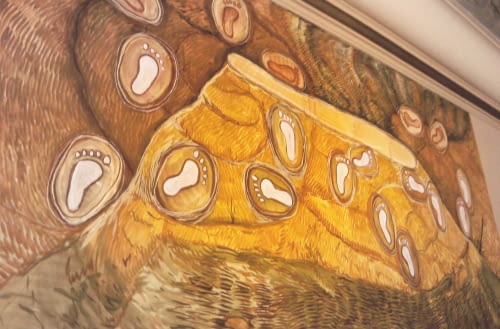 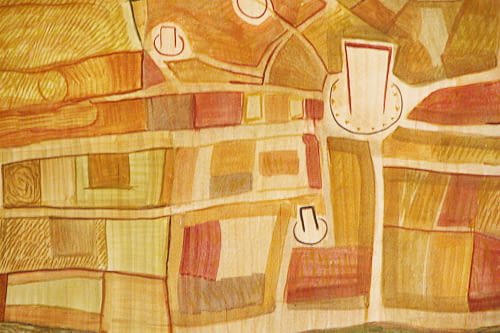 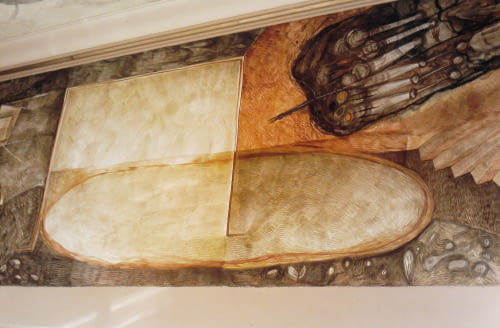 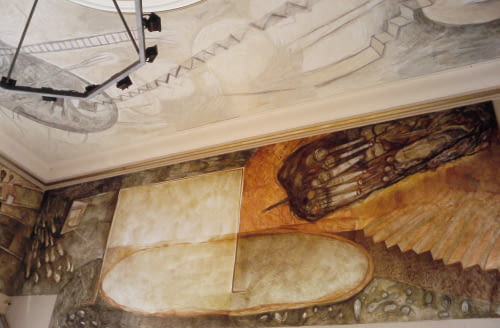 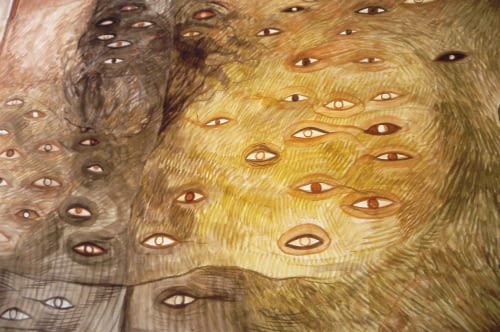 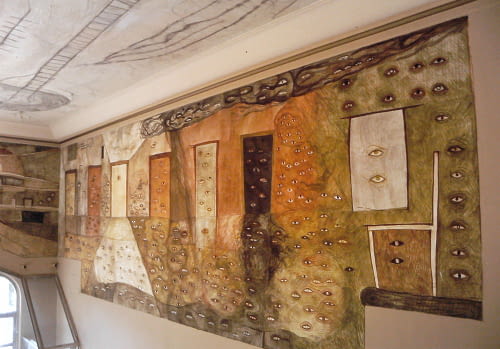 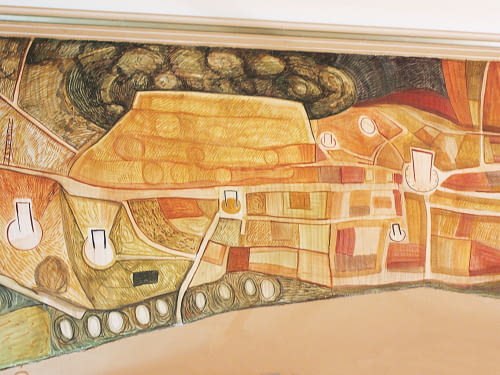 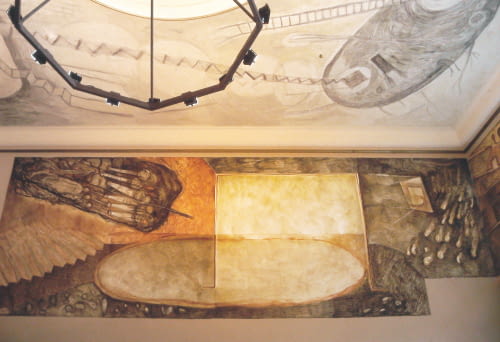 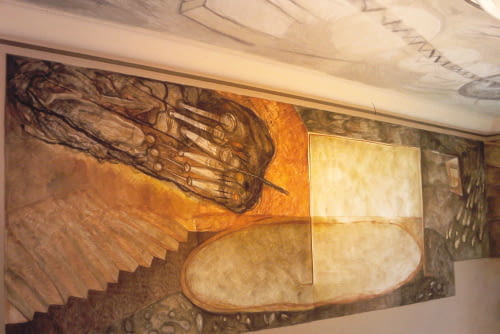